wicked world! Young man named Abusi Enweaso explains how his hands were chopped off by his father for rituals

See Traffic warden in tears as Abuja protesters shower him with food, drinks and cash to appreciate his good work (Photos/Video)

Mother Threw Newly Born Baby Out Of A Window

Suspects - "We Were Paid N1,500 To Attack EndSars Protesters" (Photos)

Chaos In Ogbomosho: Sport Minister, Soun Of Ogbomosho Chased Out Of The Palace By ENDSARS Protesters

Mr Atanda Jimoh, the father of Isiaka Jimoh, the young man who was shot during the EndSARS protest in Ogbomoso, Oyo State has revealed that he left behind a pregnant wife and a two-year-old child.

He also revealed that he was due to graduate as an electrician day after his death. 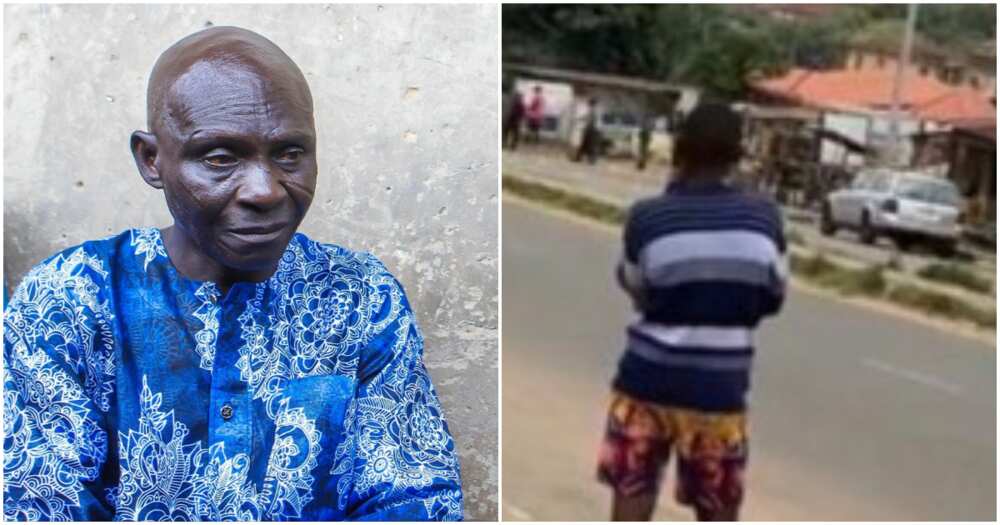 According to Isiaka’s father, the deceased was due to graduate on Sunday, October 11, to become a trained electrician.

Mr. Jimoh revealed this on Tuesday, October 13, while speaking with journalists in Ogbomoso.

The bereaved went on to narrate how the family tried to save the young man who died after he was hit by a bullet on Saturday, October 10, while watching the protest from afar. Isiaka was rushed to Bowen Teaching Hospital in Ogbomoso where he was pronounced dead.

ALSO READ  So Sad: Dɛad body of girl who was allegedly used for money rituals has been retrieved from Wassa forest (photos)

He further said he and the mother of the deceased donated pints of blood to save the deceased while regretting that the blood donated couldn’t save his son.

The father of the deceased described his son as a cool headed person, adding that he usually avoids trouble.