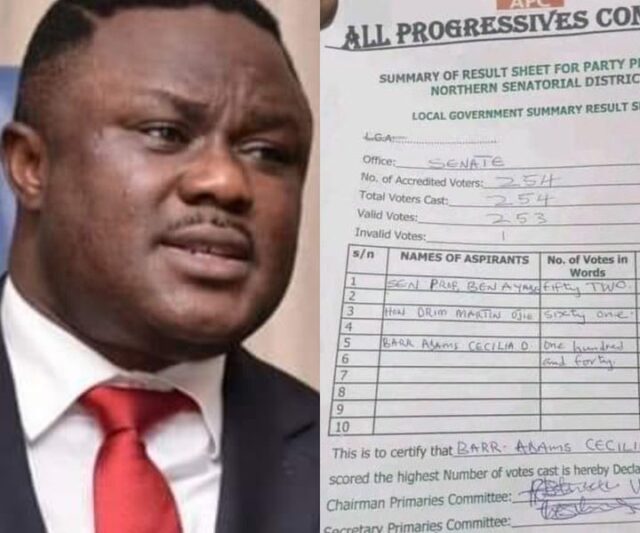 The attention of the Cross River state government has been drawn to a video circulating in cyberspace purporting to be a parallel All Progressives Congress (APC) senatorial primaries for Northern Cross River where His Excellency, Professor Ben Ayade was listed as a participant.

For the avoidance of doubt, we hereby state clearly that Governor Ayade did not take part in any senatorial primaries.

Nis Excellency is a presidential aspirant who will be taking part in the APC presidential convention now slated for June 6.

We make bold to say that the se.called parallel primary election as contained in the said video was at best a poorly scripted skit comedy shot by three persons sitting in a roorn.

The sham video is indeed a joke taken too far. It was a vapid, infantile but failed attempt at manipulation as the clowns behind it tragically forgot to also manufacture ballot boxes, delegates, observers and APC panel members.
It was a handiwork of political desperadoes who are out to embarrass the governor
We wish to assure teeming APC members and supporters, particularly in Northern Cross River, that there was no parallel Senatorial primaries in the district.

The only valid and recognised senatorial primaries that took place in Ogoja and which was won by the former Chief of Staff to the Governor, lion Martin Orim and which does not have Ayade on the ballot, was monitored by the INEC and representatives from APC’s National Secretariat.

The purported video suggesting a parallel exercise should therefore be ignored.

Where Is Craig Melvin Going? Why Is He Leaving MSNBC Today Show?