Here is the reason why Judges destroy their pen in Court after passing a Death Sentence.

These women are on death row and are waiting to be executed, No. 4 will be executed in 7 days

Correction is the major reason for making arrests or apprehending criminals, but unfortunately some of these corrections means bringing the life of the offender to a stop. This majorly done in cases if Murder or treasonable offenses. It is carried out in order to deter other citizens from treading the path. 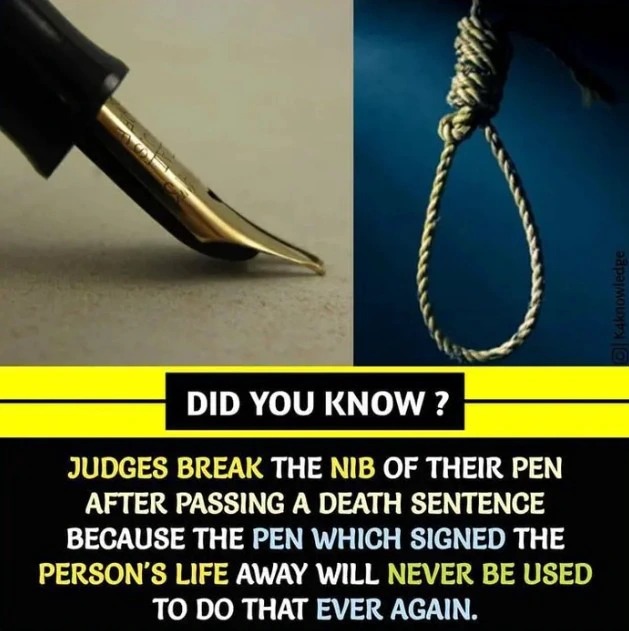 A lot of us haven’t wondered what life would look like for judges who pronounce death penalty of law breakers. It is a responsibility they have been changed w ith by the state, however it is not as straight forward for them as it seems. It is so hard on them that they nib the pen used in passing the judgement. We might not have noticed this, but the pen is usually destroyed in the court room and it has an incredible significance. This act means that the judge doesn’t want that particular pen to be used for another judgement. This is because the very act of ending someone’s life no matter how grievious the person crime might be is so unholy that the pen is destroyed right after to indicate remorse.

Zambian man dies after wife crushed his genitals with brick

How to transfer everything to your new phone – including WhatsApp messages