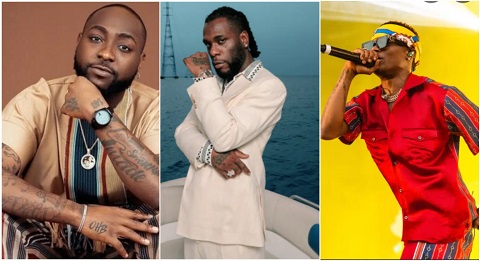 Nigerian Grammy award-winning singer Damini Ogulu aka Burna Boy has made history in the United States by becoming the first Nigerian singer to perform a sold-out concert in Madison Square Garden in New York, USA.

Burna’s latest milestone has caused tension for Wizkid, Davido and other artists in the music industry, according to social media users.

The historic two-hour concert, titled “One Night in Space,” was also streamed on YouTube, attracting over 81,000 people from Nigeria, the United Kingdom, Australia, and Canada.

With this latest achievement, Burna Boy has now joined the league of artists who have sold out the world’s most famous arena, including Michael Jackson, Elvis Presley, The Beatles, Adele, Rihanna, Jay-Z, Justin Bieber, and Mariah Carey.

This generated reactions on social media with claims that Burna Boy is currently giving other Nigerian artists high blood pressure.

tbellz07 wrote: “Very very well deserved. He has given us a classical example of what a concert should be like. International standard all the way”.

private_afa_ wrote: “No wonder him no invite any artist as him no won share percentage or need middleman drama”

Sanjay Dutt Wants To Bring Back ‘Macho Hero’ In Bollywood As He Points Out...