Kieran Tierney has decided where UFC superstar Conor McGregor would play if he were to sign for Arsenal.

Tierney was the talk of the town on Friday after signing a new long-term contract with Arsenal following a hugely impressive season that saw him make the left-back role his own.

After becoming a Gunners undroppable, the Scot was rewarded with a new contract, signing until 2026 with improved terms, proving to be quite the signing having joined for around £23million from Celtic in 2019.

Interestingly, Tierney is a friend of UFC star McGregor’s due to the pair’s ties to Celtic.

McGregor is a lifelong Manchester United fan, but he does have an allegiance to Celtic and he has been spotted wearing a Bhoys shirt with Tierney on the back in the past. 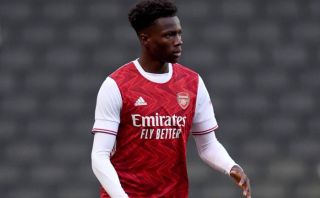 The pair have since become friends and they have, according to the Mirror, kept in contact since the full-back’s move to Arsenal around two years ago.

With that relationship in mind, Tierney was asked on Twitter which position McGregor would play if he was to sign for Arsenal.

@Irn-Brew asked: “If your mate Conor McGregor was to play for Arsenal, what position would you play him?”

? KT: Centre half. No nonsense. Put the fear in everyone. Seen him upfront as well, great goal scorer. Can do it all. https://t.co/eOo2HaZzbe pic.twitter.com/Gz8HzUyNAv

And Tierney provided a brilliant response, saying: “Centre half. No nonsense. Put the fear in everyone. Seen him upfront as well, great goal scorer. Can do it all.”

McGregor is not one of Mikel Arteta’s transfer targets for this summer, but who knows, after all, the Irishman has been known to dip his toe into other sports.

Jessica Ares Obituary – Cause of Death

Charlotte Worthington Wife, Age Wiki & Net Worth- Is She Gay?