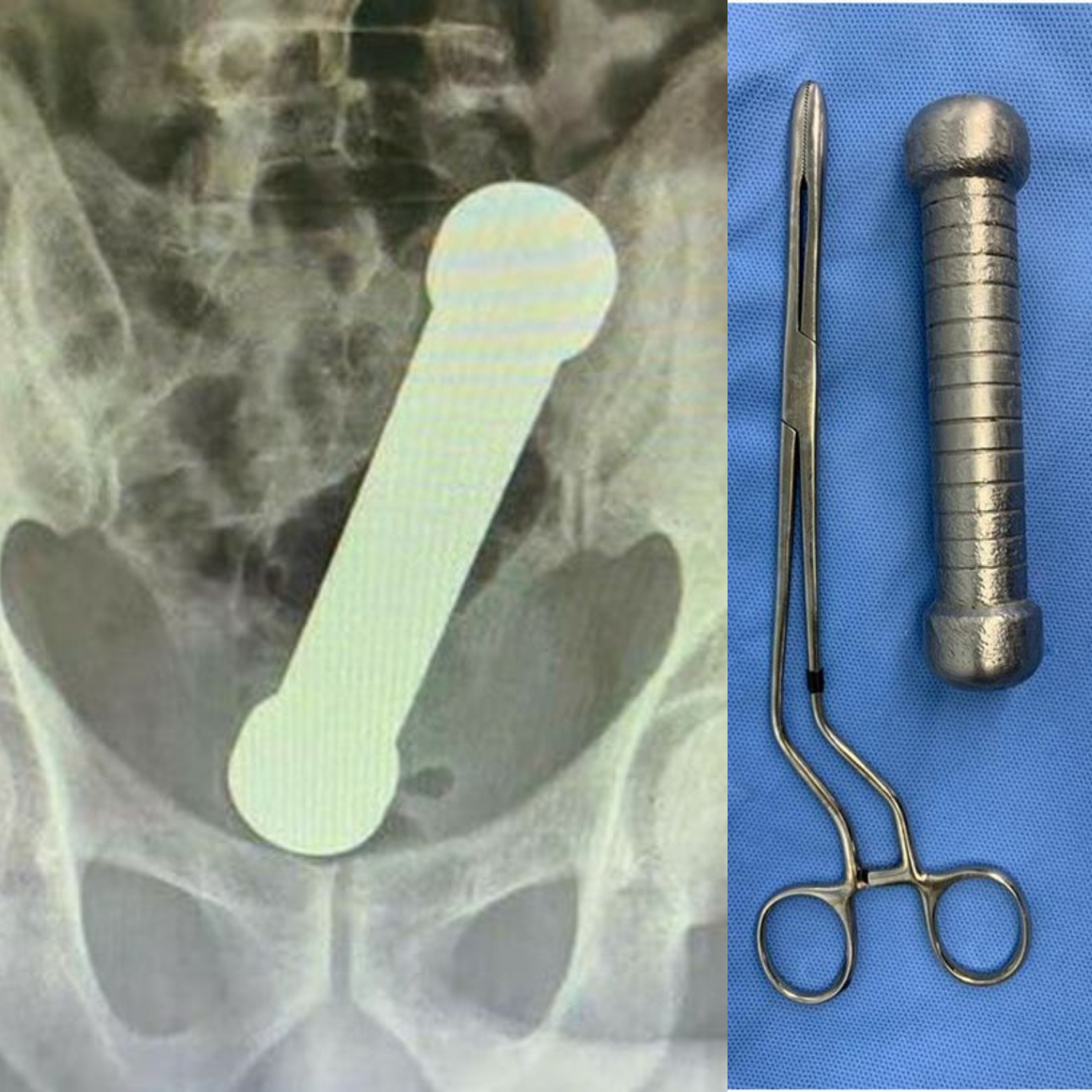 Doctors were shocked to find an eight inch dumbbell, weighing 2kg, inside a man’s rectum after he arrived at A&E complaining of cramps and severe constipation.
Medics said the patient was “uncooperative” while he was being examined, so they decided to X-ray his abdomen.
They then found an object, that was later revealed to be a 2kg dumbbell, lodged firmly in the 54-year-old man’s rectum. 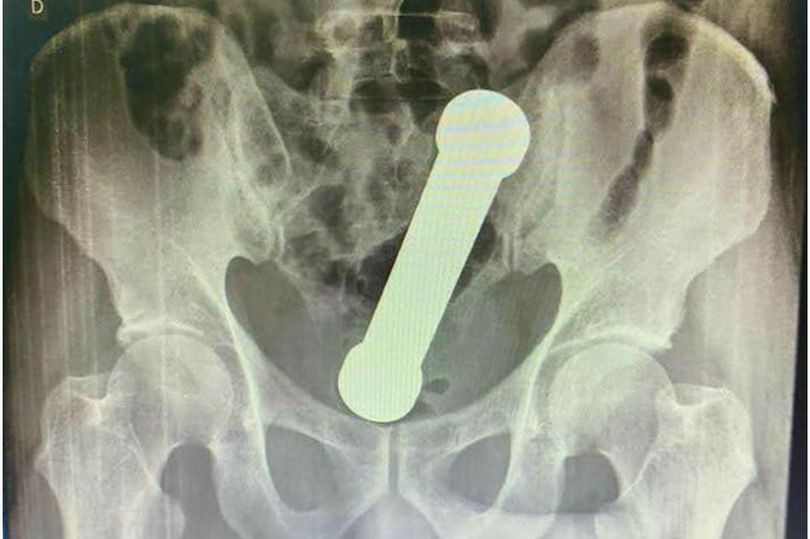 When medics at the hospital in Manaus, Brazil, were unable to remove the object using tweezers, they opted for a “manual extraction”.
This meant they put their hand into the man’s bum to remove the dumbbell.
According to a report in the International Journal of Surgery Case Reports written by Dr Ana Elisa de Landa Moraes Teixeira Grossi and her team, a surgeon inserted their hand “up to the forearm” to get a grip on the item. 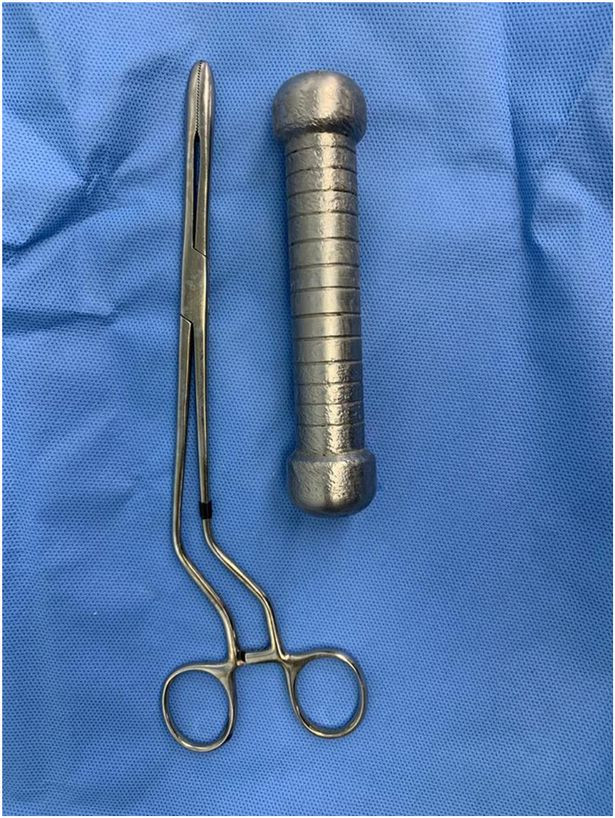 Dr Ana wrote: “Despite the location of the object being considered high, manual transanal extraction was chosen, inserting the surgeon’s forearm with some difficulty, without post-extraction complications.” 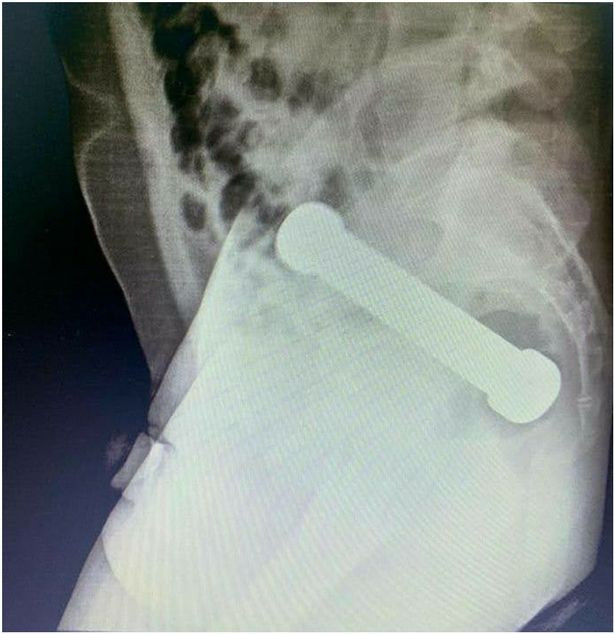 Strangers Advised Me To Kill My Son – Nigerian Singer, Jodie Opens Up «...