Prince Andrew will be the subject of a satirical TV musical in the latest season of BBC Four.

Channel 4 said the interview, widely seen as a PR disaster for the Duke of York, would be “reimagined” as part of the musical. Critics have slammed the prince for appearing to have no sympathy for the victims of Epstein’s abuse, who committed suicide in prison in August 2019. 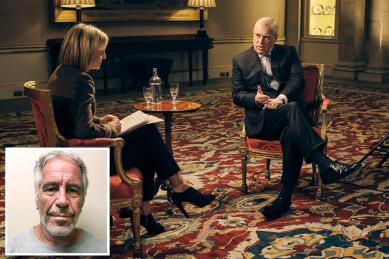 Comedian Kieran Hodgson will lead a group of comic book characters in “Prince Andrew: The Musical,” a 60-minute show described as a “satire delivery of the Duke’s life and times”, and Set it to sheet music.

The show is part of the 40th anniversary season of the UK’s fourth TV broadcaster’s “Truth or Dare” programme, launched in 1982. The exact broadcast time has not been announced.

Andrew has been making headlines in the UK for years due to his marriage and divorce to Sarah “Fergie” Ferguson.

But he has been trying to stay out of the public spotlight after reaching a multi-million pound settlement last year with a woman who filed a lawsuit in the US alleging he sexually assaulted him when he was 17. Andrew was stripped of his honorary military title in January and told he could no longer use the title “His Royal Highness”.