Screenshots: Whatsapp conversation of Lil Frosh Begging His Girlfriend after Beating Her Up

The social media user who identifies himself as brother to the girlfriend and her manager shared photos of the girl’s brutalized face alongside a lengthy post. 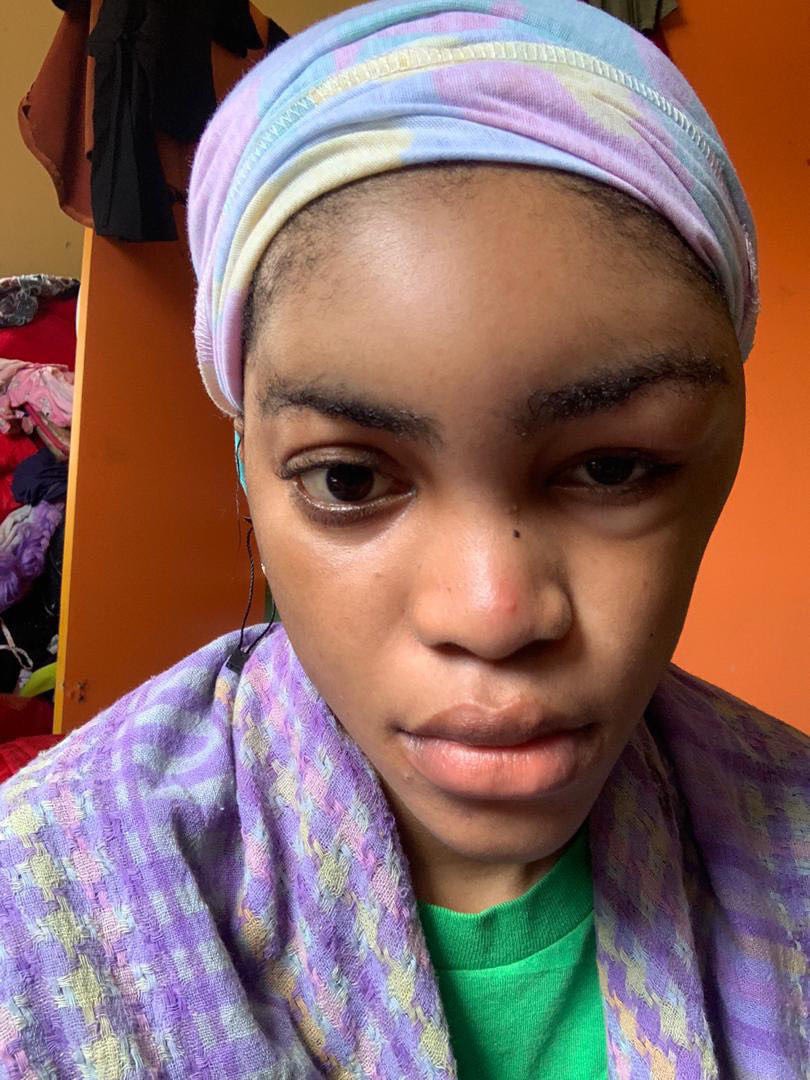 My client and sister has suffered enough!!!

We have kept quiet enough @lhilfrosh

You have done enough damage for almost a year now you have been in a relationship with my sister and client and you have brought her nothing but horror, pain and disaster.

I remember the first time I found out about you beating her on Monday 22nd of June @official_lyta team reached out to me wanting to use her for his musical vidoe shoot but she kept on saying you didn’t like it not knowing you had beaten her to pulp and she couldn’t face the world with so much Bruise. Their team begged to double the money but she couldn’t take the job because of you

You created so much fear in her till she turned down the job, but you still didn’t stop on a particular day you called me and you were begging me for almost 3 hours on the phone telling me to talk to her just to get back to you. Which I begged her and you promised never to lay your horrible hands on her.

@lhilfrosh you are very wicked
I’m tired of trying to protect your image while you continually ruin her and break her into pieces.

You even recorded her naked !! Threatening to post it after beating her bro @lhilfrosh you better be ready

The brother to the victim has now shared screenshots of when Lil Frosh kept begging the said girlfriend on whatsapp.

ALSO READ  So Sad: Tasued student disappears after stabbing his lover to death 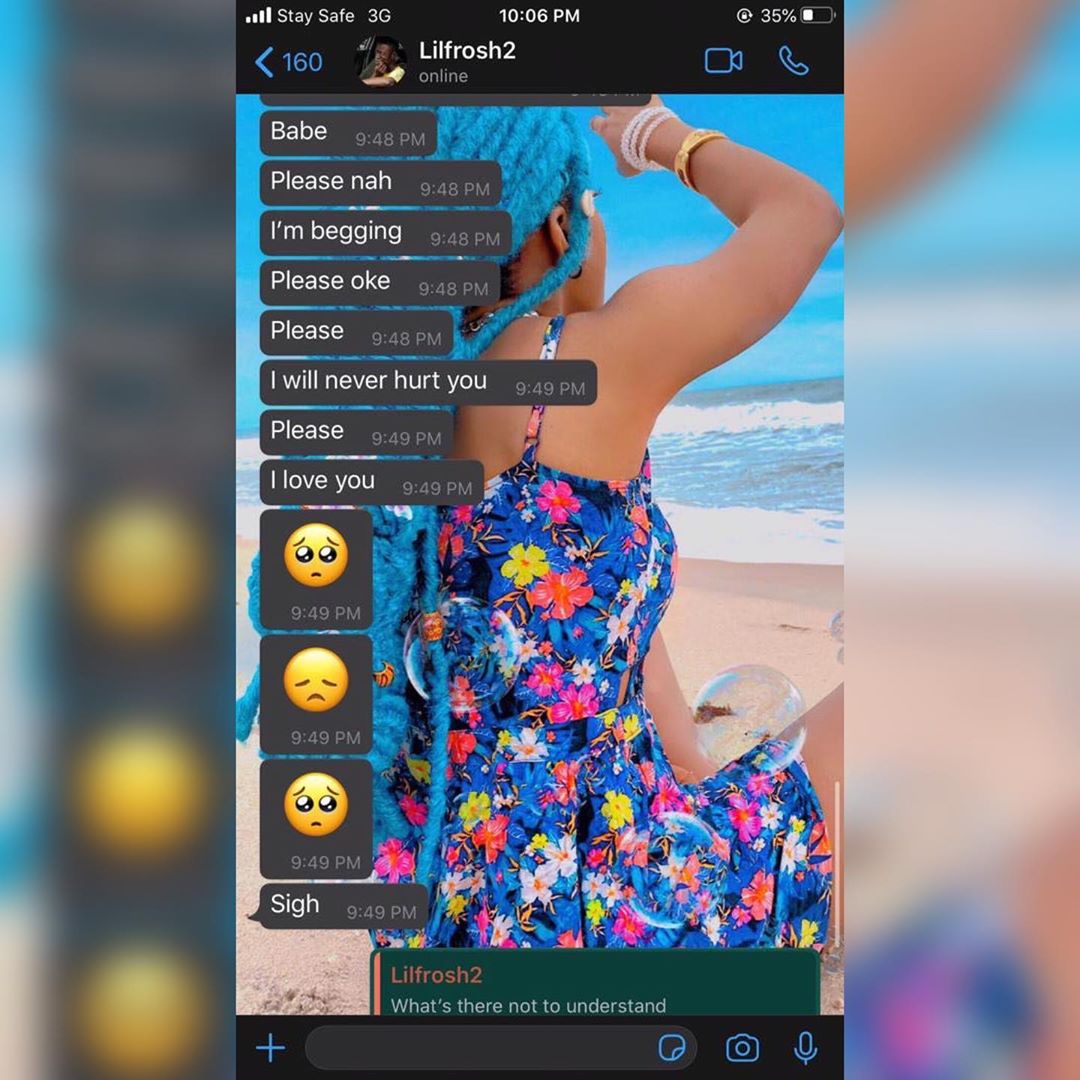 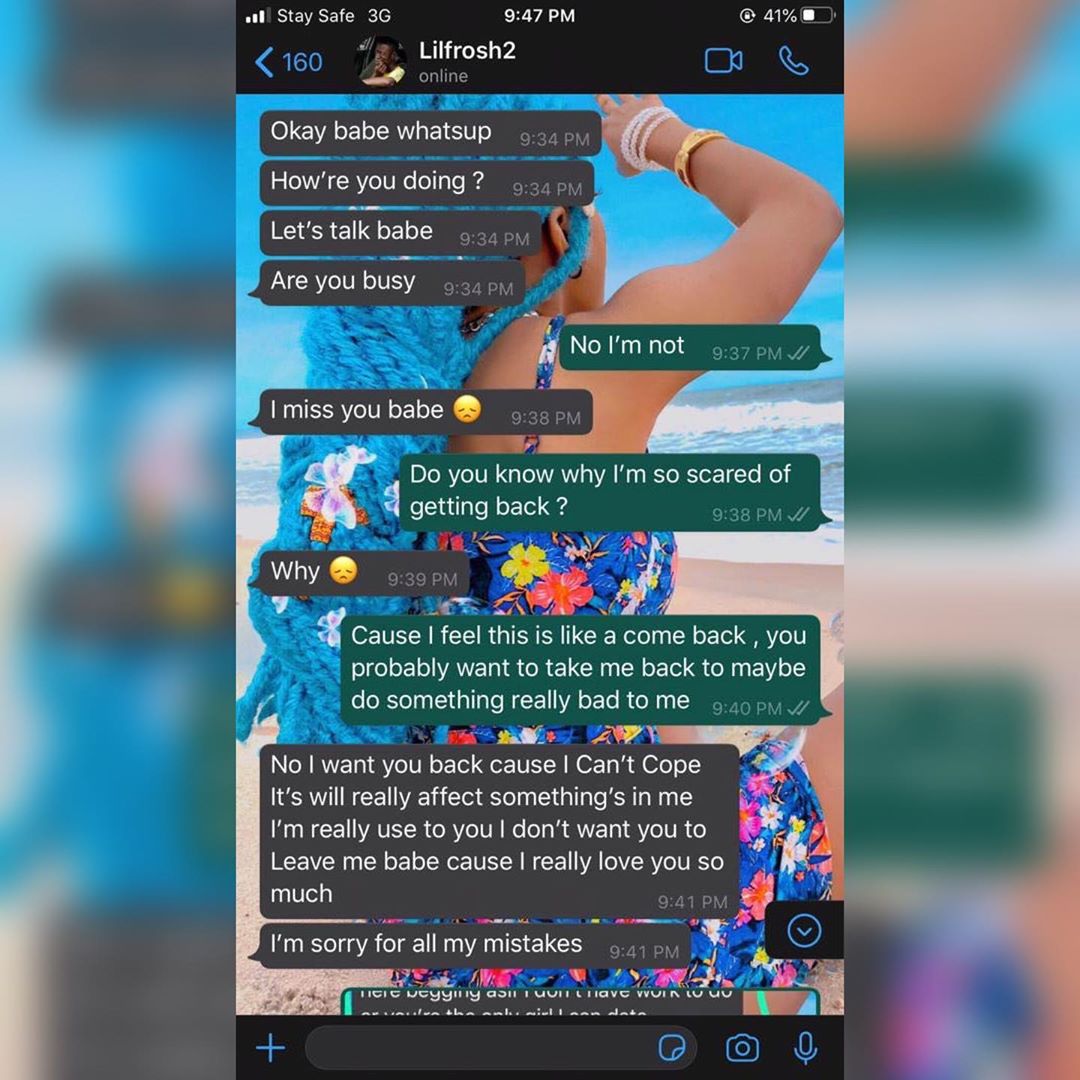 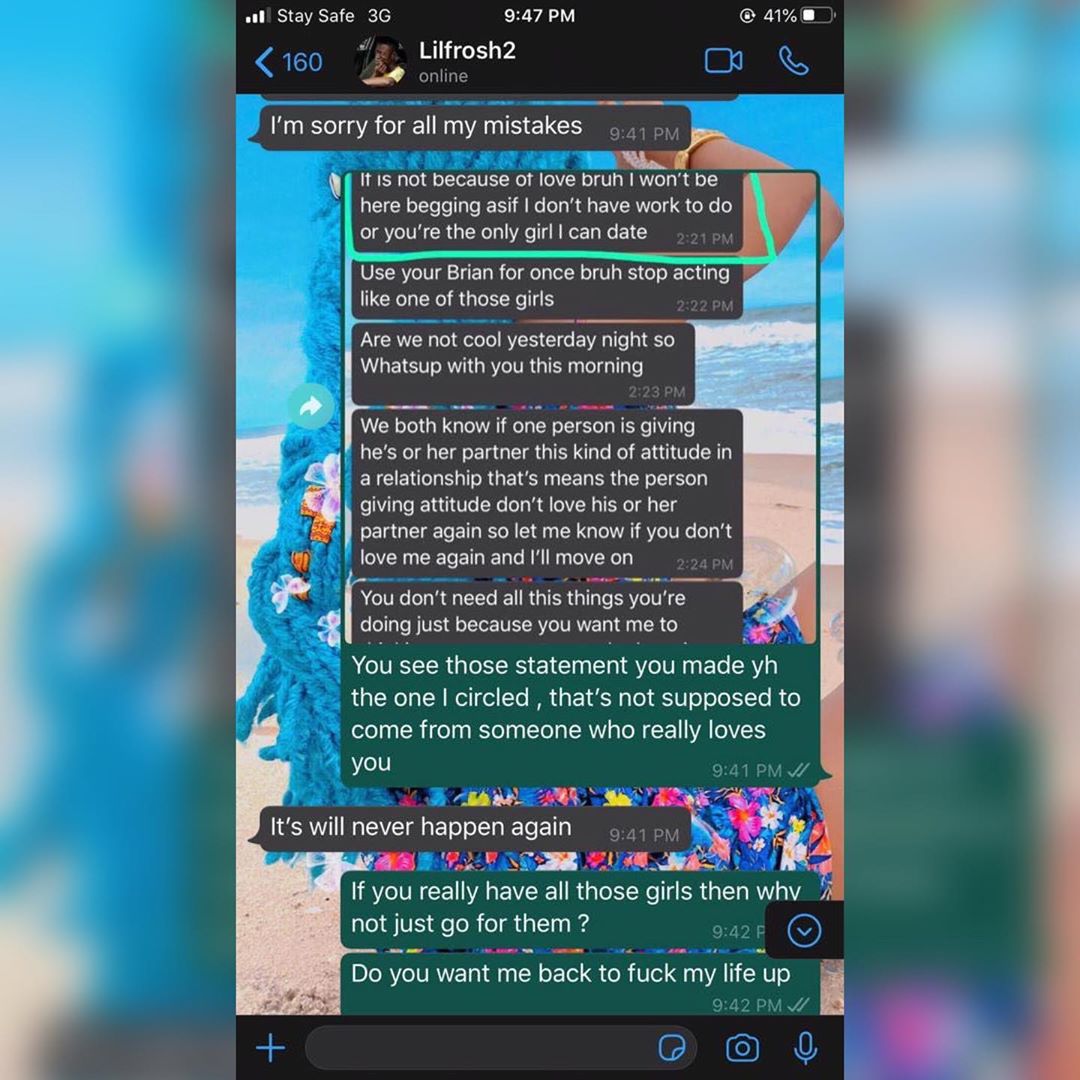 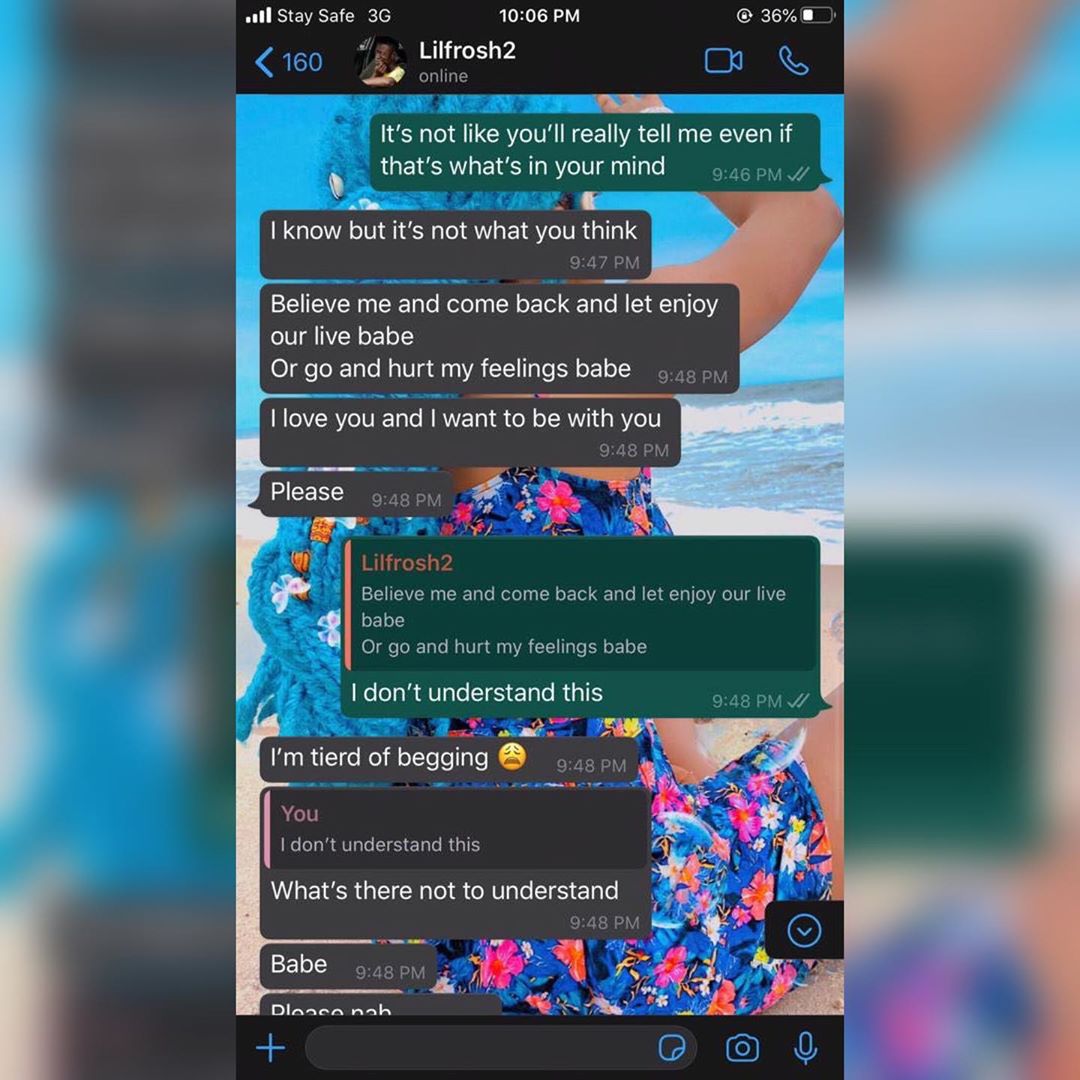 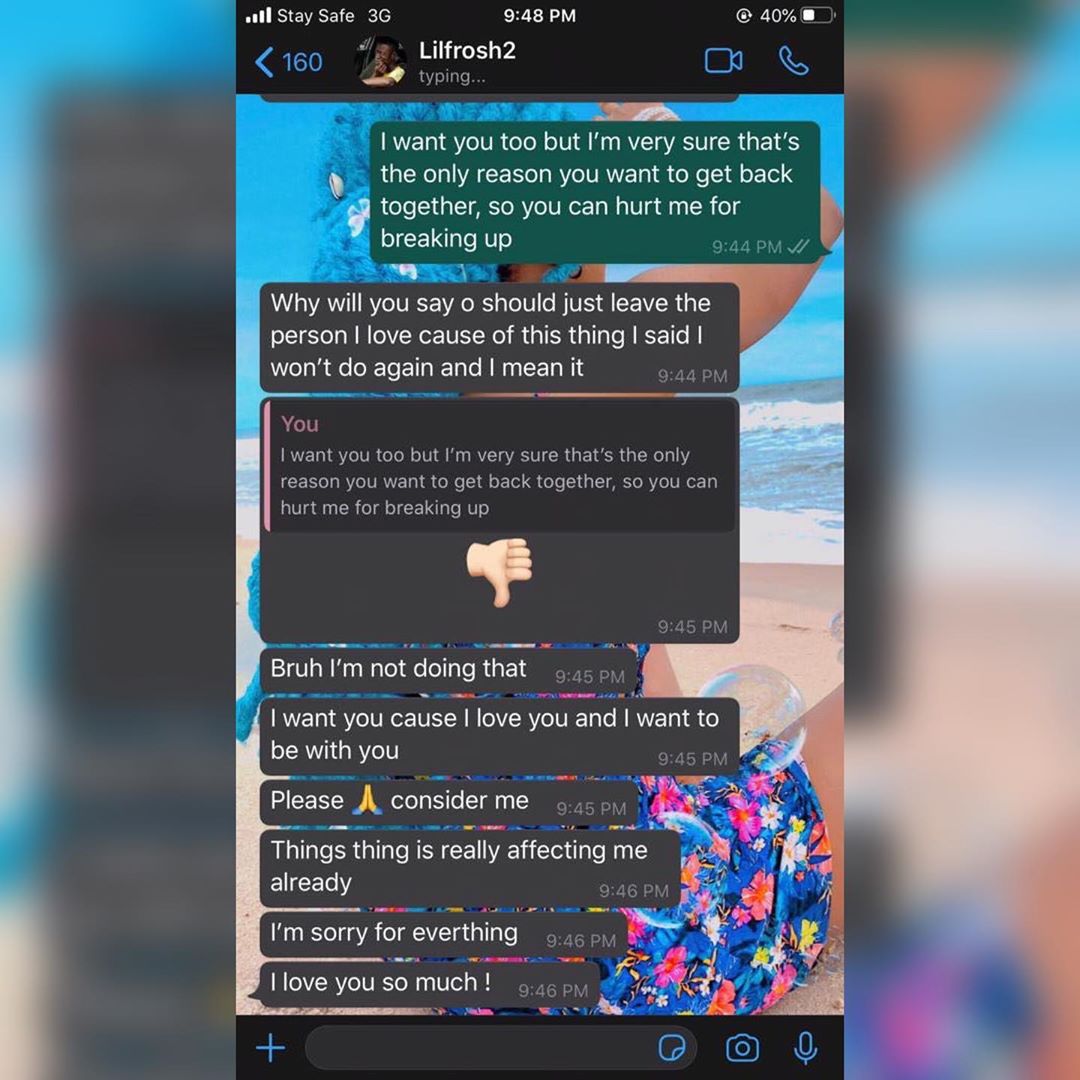