Whether you are viewing an important video on YouTube, watching an interesting movie on Netflix, playing a game, or having an urgent chat on any of the social media platforms – do not use your phones in the toilet while answering the call of nature. There is a popular saying: “the wise man is he who learns from other people’s mistake and misfortune,” I have suffered the negative side effects of using phones in the restroom, and I hope you will learn from my story.

I am what a person could describe as a phone addict – I always find a reason to grab my phone.

Sometimes it could be to surf the internet, read breaking news on Opera Hub or read a book, and going to ease me does not prevent me from using it.

I felt more relaxed and inspired to read a book or write an article to be sincere. But after some months, I developed the following health conditions; 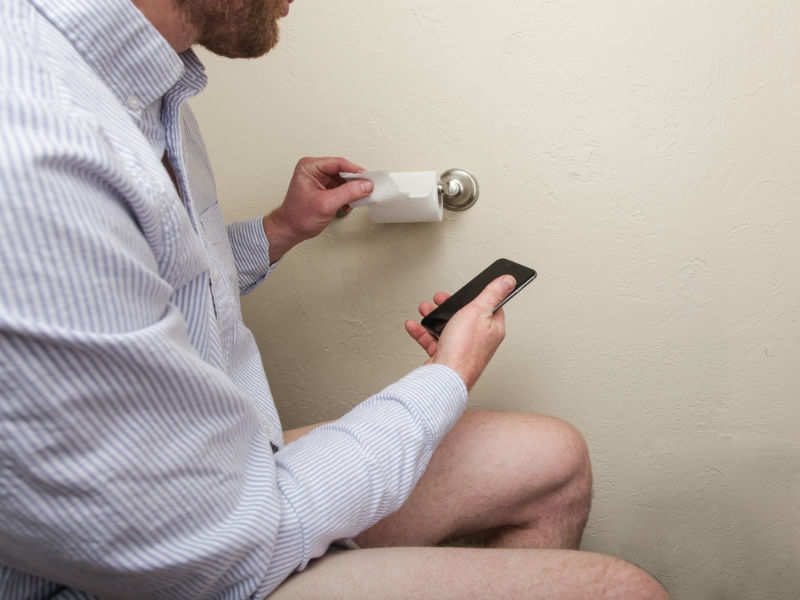 1. I developed mild hemorrhoids, commonly called piles. I felt pain whenever I go to excrete;

2. Constipation became something I experienced frequently;

3. Difficulty walking after sitting for long.

After I complained of these symptoms to the doctor, he advised me to watch my diet and avoid using phones in the toilet.

The doctor advised that using it causes prolonged sitting in the toilet, which creates pressure on the anus and weakens the nerve, transferring blood to the leg.

After weeks of adhering to the doctor’s recommendations, my health improved.

I should share this with you after reading a tweet by an Online Doctor known as Aproko Doctor on Twitter in which he advised his followers the dangers of engaging in the act of using phones in the loo. Stop Using These Soaps To Bathe, They Are Silent Killers

See 5 Foods That Are Bad For Dinner

Manchester United could be cleared to seal important transfer for as...