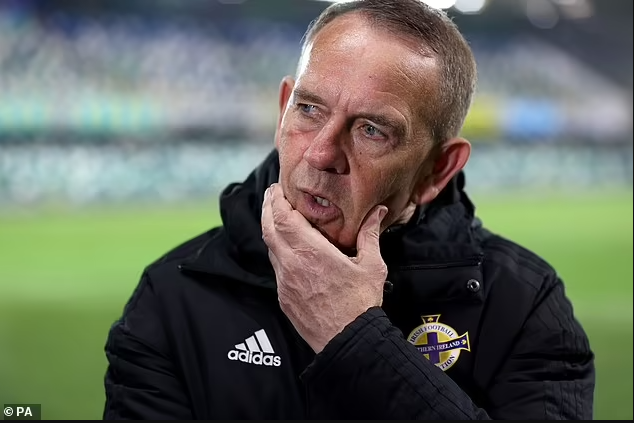 Northern Ireland manager, Kenny Shiels has apologised for his comments that women’s football teams concede more goals in quick succession because they are more ’emotional’ than men.
Shiels’ team were beaten 5-0 by England in their 2023 World Cup qualifier on Tuesday April 8, with four of the goals coming in the second half.
He said: “I thought they were struggling a wee bit at times to open us up until the psychology of going two up.
“In the women’s game you’ll have noticed if you go through the patterns, when a team concedes a goal they concede a second one within a very short period of time.
“Right through the whole spectrum of the women’s game, because girls and women are more emotional than men, so they take a goal going in not very well.”
The remarks sparked a backlash with Arsenal legend Ian Wright branding his comment “foolish.”
Following the backlash he’s received, Kenny Shiels has now apologised ‘for the offence’ he has caused.  He wrote;
‘I wish to apologise for my comments made in the post-match press conference last night,’ the statement read. ‘I am sorry for the offence that they have caused.
‘Last night was a special occasion for the women’s game in Northern Ireland and I am proud to manage a group of players who are role models for so many girls, and boys, across the country.
‘I am an advocate for the women’s game and passionate about developing opportunities for women and girls to flourish.’