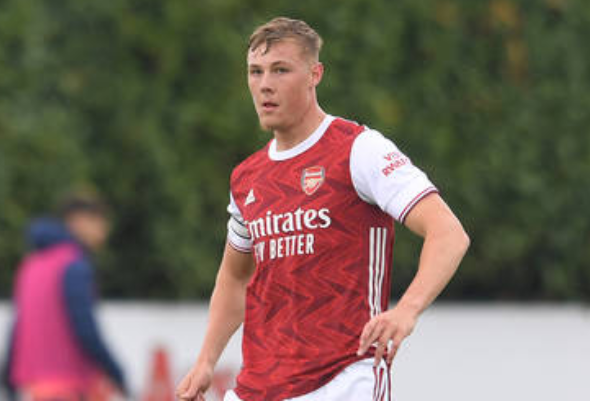 Twenty-one year old Dan Ballard who is a product of Arsenal’s Hale End Academy has joined Blackpool on loan for the 2020/21 season.

The Irish international has been at the club since he was eight years old, progressing to a scholar in July 2016 followed with his first professional contract in July 2018. His positive development was rewarded with signing a new contract with Arsenal in May 2019.

He has represented Northern Ireland in youth levels and made his senior international debut recently for his country in September, playing against Norway and Romania. He has also been called-up for the forthcoming matches against Bosnia-Herzegovina, Austria and Norway.

Ballard captained the Gunners u-18 squad to the final of the FA youth cup and has also been a regular in Arsenal’s Premier league two-sides.

He was previously loaned to Swindon town at the start of last season but the spell was cut short in August due to injury. Since then, he recovered well and recently impressed in Arsenal’s friendly victory against Mk Dons.

The loan deal is subject to the completion of regulatory processes.