Nigerians reacts to Self-Certification form mandated by the Federal Government 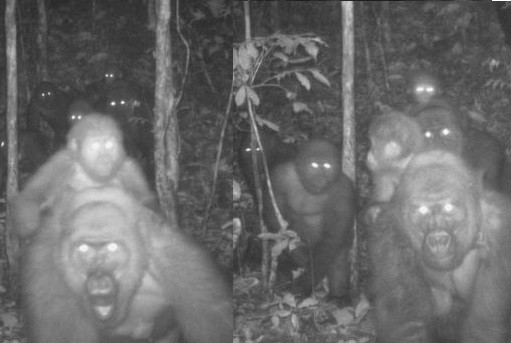 Photos have been released for the first time in years showing a group of the world’s rarest species of gorillas with babies in Nigeria. Seven Cross River gorillas including infants were pictured at the Mbe Mountains Community Forest in Cross River by the Wildlife Conservation Society in May and June.

The WCS in Nigeria, an international non-governmental organization, said the pictures were captured by camera traps in the mountains.

According to the World Wide Fund for Nature (WWF), Cross River gorillas are the world’s rarest great ape and extremely wary of humans following a long history of maltreatment. Experts have hailed the sighting as a “positive sign” for the breed and said no babies have been caught on camera before.

A team of 16 eco-guards has reportedly been recruited to patrol and protect the gorillas and other wildlife.

The images of the gorillas are the clearest sign of the species’ gradual resurgence, said Inaoyom Imong, director of WCS Nigeria’s Cross River Gorilla Landscape project. “It is extremely exciting to see so many young Cross River gorillas – an encouraging indication that these gorillas are now well protected and reproducing successfully after previous decades of hunting,” he said.

Imong also noted that better protections for the gorillas were still needed.“While hunters in the region may no longer target gorillas, the threat of hunting remains, and we need to continue to improve the effectiveness of our protection efforts.”

Chief Damian Aria, head of the village of Wula added: “I feel honoured to be part of the efforts that are producing these results.” He said the community was “happy they are reproducing” and while important for nature he also hoped it would bring tourism to the region. John Oates, professor emeritus at the City University of New York and a primatologist who helped establish conservation efforts for the gorillas more than two decades ago, was excited about the new images.

“It was great to see … evidence that these gorillas in these mountains are reproducing successfully because there have been so few images in the past,” he said.“We know very little about what is going on with reproduction with this subspecies, so to see many young animals is a positive sign.”